We're glad you're enjoying School Library Connection.
Access the rest of SLC & thousands of more resources like this one.
Already a subscriber?
SIGN IN
OR
Learn how to become a subscriber here.
Meet Pablo Cartaya, Author of Marcus Vega Doesn't Speak Spanish 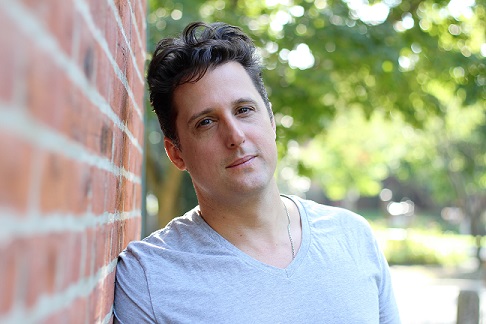 What does it mean to grow up in one place and have roots in another? How do different languages, cultures, and identities fit under one flag? These questions are vitally important to Pablo Cartaya, our December author of the month, and they define the struggles of the protagonist in his latest novel, Marcus Vega Doesn't Speak Spanish. Marcus Vega is like a lot of kids his age: awkward, insecure, caught in the trials of adolescence. He has also never known his father and is estranged from his family roots in Puerto Rico. A series of events lead Marcus to travel to the island in search of his father. This quest for belonging and identity makes Marcus Vega Doesn't Speak Spanish an excellent selection for culturally curious young readers, and the title earned high ratings from our reviewers. I recently had the opportunity to speak with Mr. Cartaya about his novel, contemporary issues surrounding Puerto Rico, and the benefits of bilingualism. I hope you will enjoy the conversation as much as I did.

You've described your newest book, Marcus Vega Doesn't Speak Spanish, as a "love letter" to Puerto Rico. What are some common misconceptions about Puerto Rico and its relationship with the U.S. mainland?

I am Cuban American but have always had a special connection to Puerto Rico. We are, as the quote says, two wings of the same bird, but I'd like to offer up an addition to that quote. The United States is also a part of that "pájaro" [bird].

People living in Puerto Rico are United States citizens. They have a long and decorated history of serving in the United States military, they use the same currency as the United Sates, they have the same U.S. passports, and fall under the same laws that govern the 50 states. However, there are certain restrictions in place on the island that often leave the people living there in limbo. The most glaring of these is that people living in Puerto Rico can't vote for the president of the United States and they have little to no representation in Congress, despite their contributions. Hopefully, those of us living in the 50 U.S. states can see we are a part of that "pájaro" as well and recognize the island as one of our own.

How does Marcus Vega fit into this relationship? Who or what does he represent? 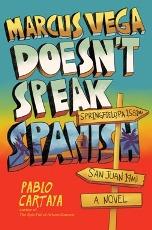 I'll tell you a brief story about the coquí, Puerto Rico's legendary little frog. The Taíno, Puerto Rico's first inhabitants, had a legend of a goddess who fell in love with a boy named Coquí. The goddess turned herself into a Taíno and the two fell in love. All was well until an evil spirit named Huricán swept the boy away into the ocean where he was never seen again. The goddess, in her despair created this magical little frog to call out, "coqui, coqui" every night in the hopes that the lost boy would find his way back to the island.

Like Coquí, Marcus is lost. There are many exterior and interior struggles that impact Marcus's identity, the obvious being his literal size. He believes he's a monster because he has internalized the teasing of bullies. And although he knows his father is from Puerto Rico and that he was born there, that knowledge is buried inside of him. It isn't until a moment of physical retaliation (when Marcus punches a bully for using the "R" word to describe Marcus's brother, Charlie, who has Down syndrome) that the journey inward truly begins. When he travels to the island, he goes from wearing his coat and boots to literally shedding the external layers that are keeping him bundled up and hidden. As he travels inward (toward the physical center of the island), he leaves behind those layers and claims his culture and his language. Like the lost boy, Coquí, Marcus heeds the frog's song calling him back to the island where he reclaims his identity and begins to feel whole.

People who know you as a writer might be surprised to learn you've also done work in acting and voiceover. You even appeared in an episode of Will and Grace. How did that come about?

Ha! I have indeed done work as an actor. I moved to Los Angeles to pursue an acting career and did fairly well in a short time. Will and Grace was an awesome experience (the creators, cast, and crew were incredibly talented and gracious). I did the Spanish dubbing for South Park for a few seasons, plus was in music videos, commercials, and several plays. Acting was a way to express my artistic sensibilities and it was fun for a time. It wasn't until I was asked to change my identity because I didn't fit a certain "type" of Latino that I realized I needed to do more than just fall whim to the stories being written about people who look and sound like me. I had to write myself into the narrative. That led to a lifelong goal of creating stories centered on Latinx* lives not defined by stereotype. I write these stories now, not just for myself, but for others to feel seen and heard.

You also led a Knight Foundation Arts Grant for bilingual writers. What are some of the benefits of learning another language?

I really loved that grant. I worked on it for several years through The Betsy-South Beach, an incredible hotel and cultural center. To give you an idea, The Betsy is a four-star hotel dedicated to literary arts initiatives with a focus on Philanthropy, Arts, Culture, and Education. Look it up, it's gorgeous and incredibly unique (www.thebetsyhotel.com). I had the esteemed privilege of running their Writer's Room program as well as helping to launch a bilingual writing initiative that served the Latinx writing community from all over the world. The Knight Foundation generously gave us grants to help support the initiative and it was incredibly enriching to see the effect it had on the community and for bilingual creatives.

The benefits of learning another language are immeasurable and cannot be overstated. Knowing another language is like having lungs to breathe air, and gills to breathe underwater. It enhances vocabulary, creates cultural understanding, and helps with problem solving. I can't tell you how proud I get when I speak Spanish at a school visit and I watch students' eyes light up with recognition. It doesn't get much better than that.

What is one piece of advice you have for aspiring young writers?

Three simple rules: Don't be afraid to fail. Always know your voice matters. And remember—your story is unique, and nobody can tell it like you can.

Is there anything else we haven't covered that you'd like to mention?

I want to give a shout out to all the readers out there. It's a privilege to write stories that become books and I value each and every person that makes a book a part of their lives.

Oh! Be on the lookout for my next novel, Each Tiny Spark (Summer 2019) from Kokila, an amazing new imprint at Penguin! Nos vemos pronto.

*A gender-neutral term used in place of Latina/Latino