Curriculum Connections for The Fountains of Silence
by Suzanne Libra

Now I Get What It Was Really Like: Reading Historical Fiction to Understand History
by Watts Schwab
Classroom Connections. Making History with Great Online Tools
by Heather Moorefield-Lang
Teaching Primary and Secondary Sources: An Earthshaking Collaboration
by Chris Gustafson
Whose History Is It?: Diversity in Historical Fiction for Young Adults
by April M. Dawkins
I Declare January Is "National Historical Fiction Month"
by Sylvia M. Vardell
Curriculum Connections for The Fountains of Silence

From a master of historical fiction comes another gripping YA novel set in a finely drawn past and centered on timeless questions of power, liberty, and fear. With its fast-paced action, compelling dialogue, and vivid setting, The Fountains of Silence will provoke your students to think deeply about the rise of fascism in the mid-20th century through its meticulous depiction of life in Spain under the dictatorship of Franciso Franco. To help you make the most of one of this fall's most-anticipated YA releases, we've given you a head start with some great new resources: 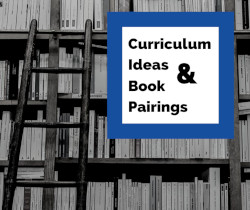 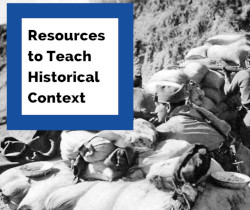 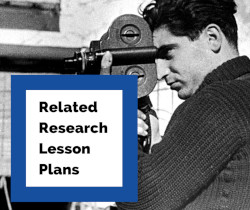 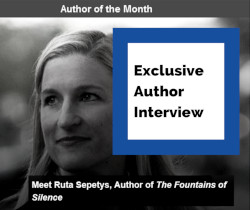 Initially, it may seem that a novel on post-Civil War Spain has little to draw current students, but this is an incredibly rich novel with connections to students' current life, political and religious situations around the world, and how art and love help us survive.

American students rarely study the Spanish Civil War and its aftermath, but many are familiar with this speech from The Grapes of Wrath. Using The Grapes of Wrath, the Great Depression and the Great Recession of 2007-09, teachers can activate their students' prior knowledge and lead them into The Fountains of Silence. Pairing this speech with the letter in Chapter 83 from Ana's mother and the description in Chapter 124 will start students thinking about how life in 1957 Spain is not really that different from the lives people past and present have lived. This book is a rich base for a cross-curricular exploration of the themes of civil war, repression, and resistance.

To understand Franco and his regime, students can read Hitler Youth: Growing Up in Hitler's Shadow by Susan Campbell Bartoletti (Scholastic 2005) and compare the different versions of fascism. Cuba provides a geographically closer study of a cult of personality. Boxing for Cuba by Guillermo Vidal tells a story from that island (Fulcrum 2013). There are many parallels to be explored between Franco's Spain and the recent history of Iran. Reading Marjane Sartrapi's Persepolis (Pantheon 2004) and creating a compare/contrast project such as rewriting a chapter of The Fountains of Silence as a graphic novel is one way students can explore this element of the universals of culture.

Missing children and the attempt to destroy minority cultures are themes that are unfortunately found in many cultures, from the current kidnappings by the Boko Haram in Nigeria to America's Indian boarding schools. The movies Rabbit Proof Fence (2002), about Australia's forced assimilation program, or Philomena (2013), about forced adoption in Ireland, offer an introduction to this issue and pair well with the stories in the book. Colorín Colorado has a good list of age appropriate novels about Native American residential schools (www.colorincolorado.org). Steve Sheinkin's Undefeated: Jim Thorpe and the Carlisle Indian School Football Team (Macmillian 2017) offers a nonfiction look at these boarding schools in the early twentieth century. Holes by Louis Sachar (Yearling 2000) or Nickel Boys by Colson Whitehead (Doubleday 2019) would be good companion books for students at different levels to look at youth camps.

In addition to the historical and political connections in The Fountains of Silence, there are literary and artistic connections that teachers can use in their classrooms. Grapes of Wrath and Ernest Hemingway's For Whom the Bell Tolls and Death in the Afternoon are a few examples of classics that explore similar themes and places. Khaled Hosseini's The Kite Runner (Riverhead 2004) is a more recent novel that explores similar themes of national and emotional turmoil. In addition to Hemingway's stories of bullfighting, interested students can undertake a more complete study of the history of bullfighting in Spain. Bullfighting: A Troubled History by Elisabeth Hardouin-Fugier (Rektion 2010) offers a cross cultural look at bullfighting. In Fountains of Silence, Daniel and Ana refer to the poetry of Federico García Lorca. A mini project could explore his work and other contemporary authors. Daniel's interest in photography and his idolization of Robert Capa provides a great path for students to explore the art and effects of photography and media on historical and current events. Eyes of the World : Robert Capa, Gerda Taro, and the Invention of Modern Photojournalism by Marc Aronson and Marina Budhos (Henry Holt 2017) provides background for images discussed in the novel. Compass Point Books' series Captured History offers individual studies of images that capture a moment in history. A visual study of Picasso's Guernica and Franco's Valley of the Fallen monuments can address art and politics in a dictatorship. Alain Serres' And Picasso Painted Guernica (Allen & Unwin, 2010), provides historical and artistic background for the painting.

Madrid, 1957. Under the fascist dictatorship of General Francisco Franco, Spain is hiding a dark secret. Meanwhile, tourists and foreign businessmen flood into the country under the welcoming guise of sunshine and wine. Among them is eighteen-year-old Daniel Matheson, the son of a Texas oil tycoon, who arrives in Madrid with his parents hoping to connect with the country of his mother's birth through the lens of his camera. Photography--and fate--introduce him to Ana, whose family's interweaving obstacles reveal the lingering grasp of the Spanish Civil War--as well as chilling definitions of fortune and fear. Daniel's photographs leave him with uncomfortable questions amidst shadows of danger. He is backed into a corner of decisions to protect those he loves. Lives and hearts collide, revealing an incredibly dark side to the sunny Spanish city.

is a teacher librarian at Silver Hills Middle School in Westminster, Colorado.